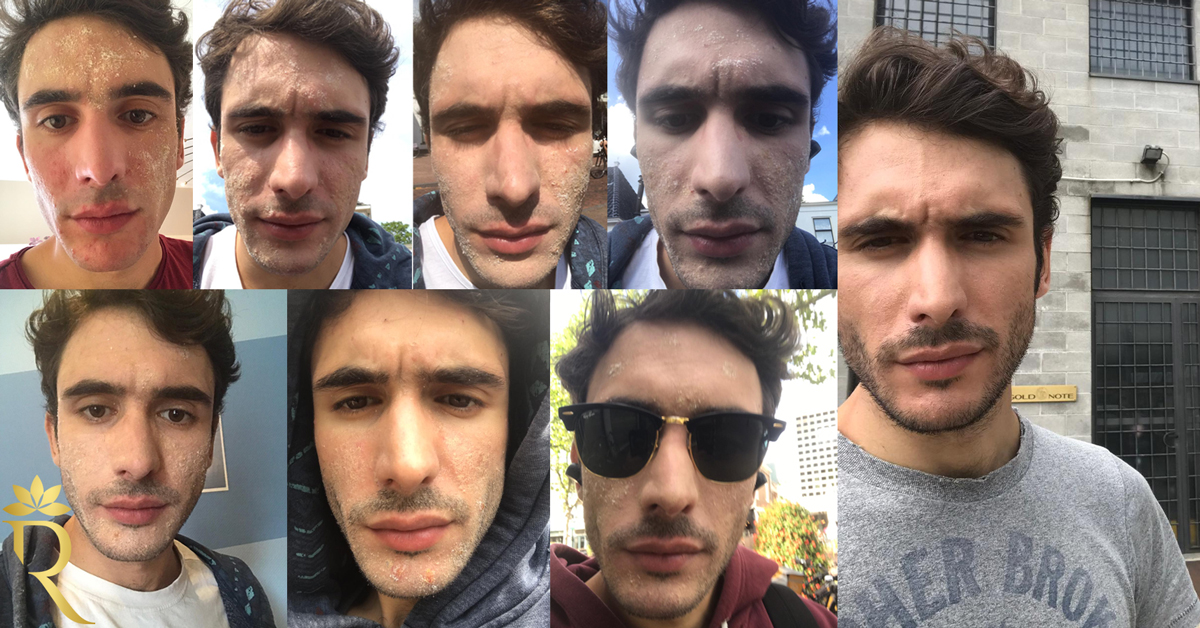 This is Niccolò Bacherini. Niccolò works in Italy where he manually makes high quality music equipment. It was seven years ago that he was diagnosed with Rosacea by his dermatologist. He had literally tried everything. From antibiotics till using creme’s. His general practitioner even prescribed him with a creme against worm-like mites. Afterwards it was something to laugh about, afterwards he decided to go his own way.

I prefer to read the story in Dutch

He went online and searched for another way to get rid of the rosacea. He was sold when he found a video on youtube. The video was a compilation of pictures in which Rositta showed her method. Back then the clinic was still in Roswinkel. Still, it took two years before he went to the Netherlands. Meanwhile, he had regularly contact by phone with Rositta and later with Dirk aswell.

Niccolò had to sacrifice his vacation to visit the clinic because he had to come from Italy. “I realized that they are competent and serious people. I chose to do an intensive treatment of three weeks instead of a common beach vacation. So far i didn’t have any regrets.

On psychological level i felt more confident every day, after every treatment in the clinic people on the street would constantly look at me. But i couldn’t care less. I knew that i was getting better. Instead of being ashamed i had my head held high, like saying: Look at me, i look like this because i’m really fixing my life issues. At the moment i’m not feeling any pain in my face. I’m aware that the rosacea could come back, as it is a natural thing. But with the right treatment, the right food and changing some habits i have a chance to get rid of it forever.

The way the people in the clinic treated Niccolò did him well. ‘I went to the Netherlands without family or friends, but got treated like i was their child. This was really important to me. I recommend everyone to not spend their time or money on dermatologist or other wizards. They won’t be helping you like Rositta does. The only unfortunate thing, is that there are no clinics in Florence. Put Tanja and Hennie in that clinic and it would run like a charm.

I know how you feel when you look in the mirror.
I know you make excuses to not leave the house.
I know how humiliated you feel, how much you suffer and how many problems it gives to your relation.
Stop, breath in and go to the Rositta clinic.